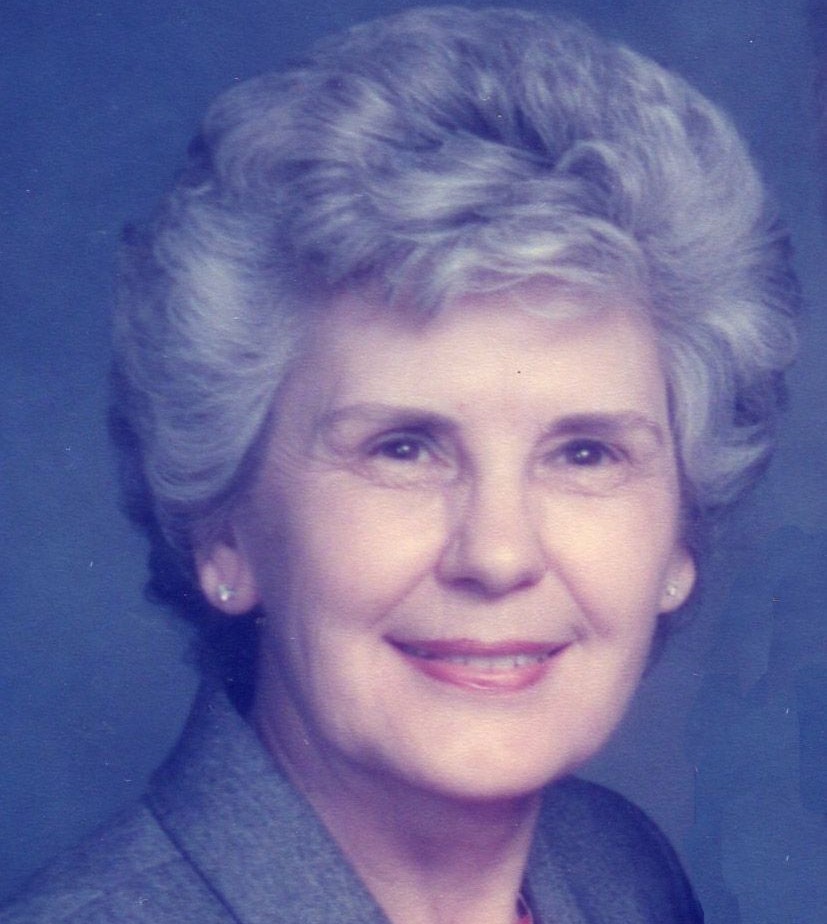 A graveside service will be held at 2:00 PM on Tuesday, December 28, 2021, at Reidlawn Cemetery with Dr. Donald W. Haynes officiating. There will be no formal visitation, but Treva will be available for viewing at Wilkerson Funeral Home Monday from 9:00 AM – 5:00 PM and 9:00 AM - Noon on Tuesday.

Treva was born in Stokesdale on April 18, 1924, one of nine children to Daniel Arthur and Ida Young Jones. She was close to her 2 sisters ( Eleanor, Phyllis) and 6 brothers ( D.A. , Leon, Worth, Nolan, Norman, Max) and held a lifelong love of family. She grew up on her family’s Stokesdale farm, achieved many honors in high school, was captain of her high school basketball team, and graduated with a degree in business from High Point College. In 1945 she married William Wade Norman who was home on leave from the US Navy. They had two sons, Kenneth G. and William Wade, Jr. While raising her family she did the books for Wade’s service stations and had her own career. She worked in the office of American Tobacco Company and retired after 36 years, maintaining friendships that lasted throughout her life. Her beloved Wade died in 1975. While a widow she made many trips, overseas and in the USA with her lady friends. She married Captain Voss Irvin Garrison in 1986 and they shared many happy years until his death in 2001.

Treva was a devoted friend, mother, grandmother, and great grandmother who was known for her quick sense of humor and service to women’s organizations in churches and the community. She always exhibited kindness, generosity, empathy and a can-do attitude toward life. She was a great storyteller with an impeccable recall of people’s relatives, who married whom, where a business or a farm used to be located, and all the details that made up her neighborhood and communities where she lived.

She made it a special point to attend the high school and college graduations of each of her grandchildren, travelling to Darien, CT, Boston, Nashville, and Richmond and their weddings in Deep Creek Lake, Maryland, Norfolk, Virginia, and Reidsville. She travelled to Disney World for a week with her children and grandchildren when she was 88 and kept up with them all. She also took part in the annual family trips to Windy Hill, SC and Blowing Rock, NC.

In addition to her parents, she is preceded in death by both husbands, Wade and Irvin, her son Bill and all of her siblings. She is survived by her son, Ken Norman, daughters-in-law Becky and Phyllis (always referred to as her daughters), grandchildren Kit and wife Addy of Powder Springs, GA; Brent and wife Anna of Marietta, GA; Kara and husband Tim Conrad of Kalamazoo, MI; and four great grandchildren: Wade and Gus Norman, and Samantha and Ellis Conrad. Also, surviving are 28 nieces and nephews as well as other extended family members.

Treva grew up and was married in the Stokesdale Christian Church, raised her family in the Reidsville Church of Christ (now Reidsville Christian Church), had a special affinity for Glencoe Methodist Church which was the “home” church of Wade and his siblings ( Estelle, Hadie, Ed, Ralph, Dave, Clifton), attended First Baptist Church of Reidsville with Irvin, and in later years worshipped with Becky and Ken at the First Presbyterian Church of Reidsville. In lieu of flowers please consider sending memorials to any of the above churches.

To order memorial trees or send flowers to the family in memory of Treva Jones Norman Garrison, please visit our flower store.
Send a Sympathy Card