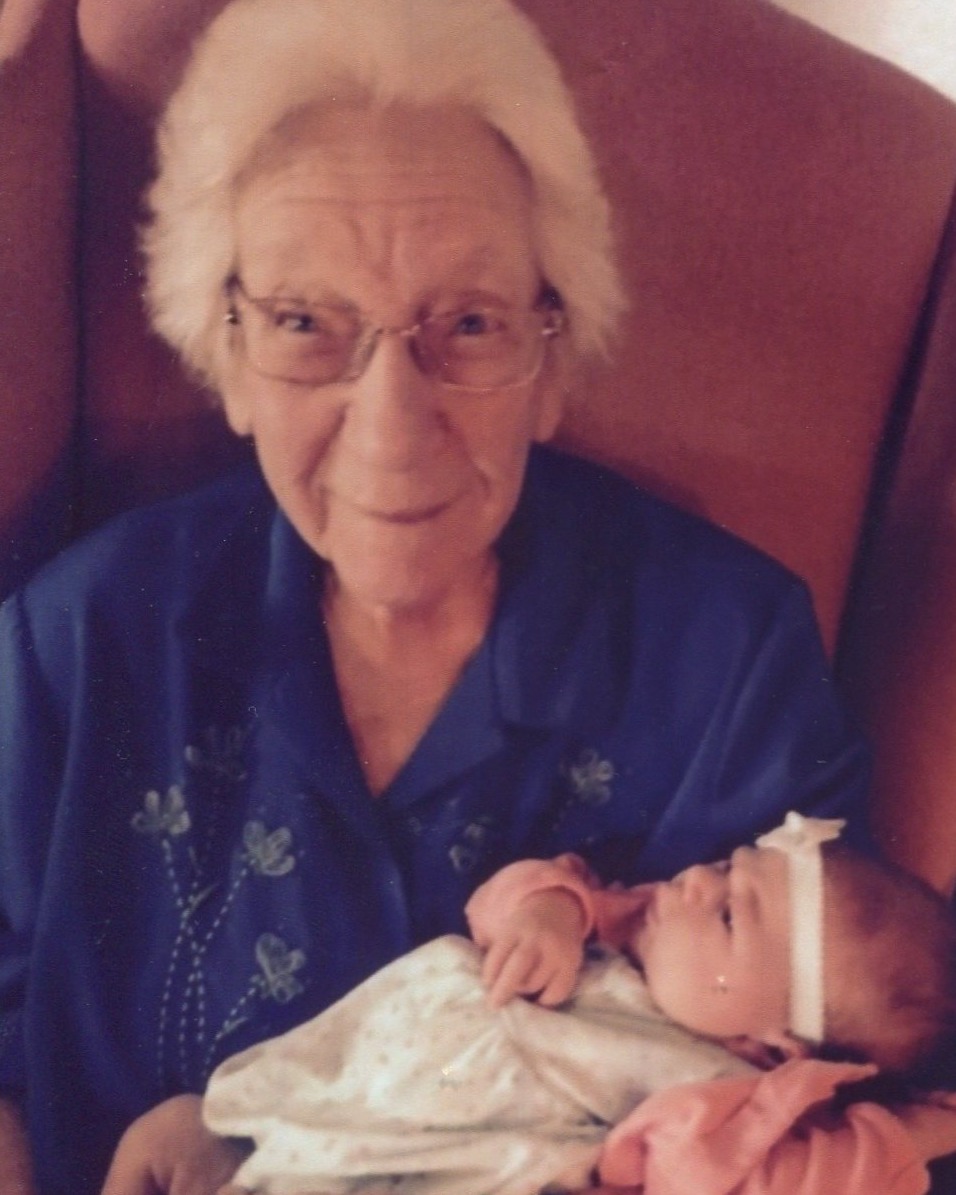 A funeral service will be held at Grace Fellowship Church in Reidsville on Monday, January 16, 2023 at 11 AM with Rev. Allen Myers and Dr. Bert Jones officiating. The family will receive friends one hour prior to the service from 10 AM until 10:45 AM and other times at 1218 Barnes Street. Burial will follow the service at Greenview Cemetery.

Born Feb. 6, 1922, Stella was the only child of Edd and Effie Harris Chilton. Her father was a contractor most of his life. And growing up on Montgomery Street in Reidsville, Chilton was surrounded by plenty of her mother’s Moricle family relatives, including Mama Pearl.

After graduating from Reidsville High School, Stella enrolled in Wooten and McClung’s Business School. For several years after graduation, she worked at Farm Security, which became Farm Bureau Insurance. She would go on to work at the American Tobacco Company by the time she married.

Stella and Claude married on Aug. 7, 1943, at First Congregational Christian Church in Reidsville.

At the time, Claude, a U.S. Army staff sergeant himself, was stationed at Camp Carson, Colo., where the newlyweds made their first home after their nuptials.

Later in her life, Stella worked as a payroll clerk in Greensboro, the Rockingham County Arts Center in Reidsville and served as a volunteer at the front desk of Annie Penn Hospital for many years until age 91.

Stella was busy before she wed as “Pocohontas” president of the Daughters of Pocahontas. In the late 1950s, representatives from the American Business Woman’s Association (ABWA) contacted The Reidsville Review, asking for recommendations for someone to help them organize a chapter in Reidsville.

The paper’s leaders suggested Stella and her mother, and before long, the ABWA took roots in the community. That original ABWA chapter is still active with several members and former members among those attending Stella’s birthday celebration.

In 1964, Stella was named Reidsville Charter Chapter ABWA Woman of The Year, and she would receive the award several more times over the next few years.

Claude and Stella were also active members of the Congregational Christian Church. While Miss Effie played the organ, Stella sang in the choir and taught Sunday School and youth classes. The family helped raise money for the church’s new education building on Montgomery Street.

When the congregation had outgrown the Montgomery Street building, they built Grace Fellowship Church on South Park Drive and Claude and Stella moved with them.

After Claude’s death in 1994, Stella never remarried, explaining “There was only one Claude and he was the love of my life.”

“The good Lord has blessed me,” she said when asked about her long life.

To order memorial trees or send flowers to the family in memory of Stella Marie Chilton Somers, please visit our flower store.