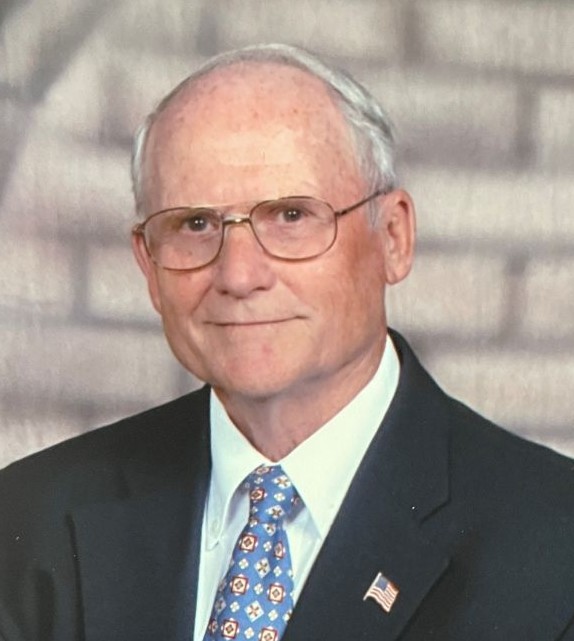 Mr. Lipford was born January 31, 1932 in Gravel Hill, Virginia to James and Mamie Lipford.  He was the third of nine children.  After graduation from Ruffin High School, he served two years in the US Army.  Upon completion of service, he graduated from Danville Technical Institute.  Sanford was a retiree from American Tobacco Company, where he worked for 30 years.

On August 14, 1954, he married his high school sweetheart, Barbara Jean Wright of Ruffin, NC.  They were married 68 years. Together they raised three children, Robin Dale, Lu Anne, and Mark Alan.  He was a member of the Ruffin Volunteer Fire Department for over 30 years, including serving as Treasurer and Chief.  Mr. Lipford was a member of Ruffin Stacey Baptist Church.

Sanford enjoyed camping, cruises, and traveling and over the years visited 48 states and several Canadian provinces.  He and Barbara went on several cruises, including Alaska and through the Panama Canal.  He also enjoyed fishing on the North Carolina coast and has been known to spend a full weekend in the mountains pitching horseshoes with his friends.

Along with his parents, Sanford is preceded in death by his sisters, Elsie and Doris, brothers, Curtis, Claude and Ben, and his daughter Lu Anne.

The family will receive friends Monday, August 22, 2022 from 6-8 p.m. at Wilkerson Funeral Home and other times at the residence, 338 Mayfield Road, Ruffin.  Funeral services will be on Tuesday, August 23, 2022, at Ruffin Stacey Baptist Church at 11 a.m. with a graveside service afterward at Ruffin Cemetery.

In lieu of flowers, memorial contributions may be made to Ruffin Stacey Baptist Church, 261 Estes Road, Ruffin, NC  27326 or Ruffin Volunteer Fire Department, P.O. Box 204, Ruffin. NC  27326.  The family would like to extend a special thank you to the staff at UNC Rockingham Rehabilitation and Nursing Care Center for their exceptional care and support.

To order memorial trees or send flowers to the family in memory of Sanford Oliver Lipford, please visit our flower store.