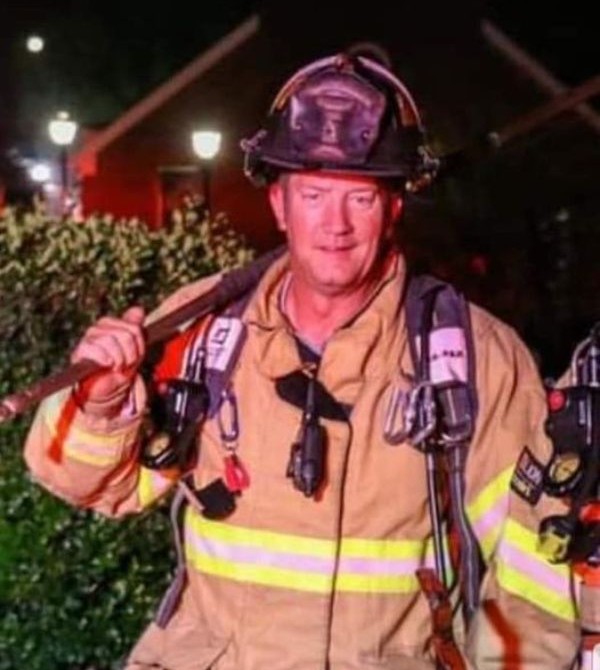 Our father Richard (Rick) Norman Murrell was born March 11th, 1964, and died July 9th, 2022.  Those close to him knew him by his infectious, oftentimes mischievous smile, and his ability to make anyone feel loved and welcomed. Rick’s life and legacy are now being carried on through his wife Tonya, his daughters Lilly and Kathryn, his son Levi, and his father Ted (Bop).

A memorial service and celebration of Rick’s life will be held 3:00 PM Sunday, July 31, 2022 at Reidsville Christian Church with Dr. Jeff Johnson and Mr. Steve Andrews officiating. The Greensboro Fire Department and Fire Honor Guard will be present to pay tribute to Rick and Military Honors will be performed by the Rockingham County Honor Guard after the service. Join the service live via streaming @ reidsville.cc/rick-murrell

When a tragedy such as this happens, people oftentimes will expect you to fall apart. However, the opposite has occurred to us. People have instead asked about our strength, courage, and how we as his children have been able to stand with our heads held high in the face of such a traumatic experience. Well, let me tell you about our father, the man who taught us to be strong, Rick Murrell.

One of dad’s favorite quotes was, “A veteran is someone who wrote a blank check made payable to the United States of America for an amount up to and including their life.” It originated from his time in the military, but we, as his children, believe it applied to all aspects of our dad’s life. He was and is a hero to us and to most everyone he met. He woke up each morning and chose to live out the words of his favorite quote. He would have gladly laid down his life in service to his country, in service to the fire department, and in service to his family.

In the short time dad spent in this earthly home, he accomplished many things including three years in the military (Army), a deployment to Korea, thirty-three years of service to the Greensboro Fire Department, various deployments on the Urban Search and Rescue Team, earning a purple heart by saving someone’s life, and mentoring countless people in the Fire Department. But if you were to ask him what his favorite blessing and accomplishment was, it would be fathering and raising us, his children. He was often heard mentoring younger firefighters about the importance of being present in their  kids' lives, no matter the cost. And that he was.  He taught us the importance of hard work, respect, unconditional albeit tough love, and to lean on faith in the presence of hard circumstances.

Rick Murrell ran his race with endurance, and the suffering he felt of this present time can not compare to the glory that has been revealed to him. He still lives on through the lessons, morals, and memories he instilled in everyone he met.

To order memorial trees or send flowers to the family in memory of Richard "Rick" Norman Murrell, please visit our flower store.
Send a Sympathy Card