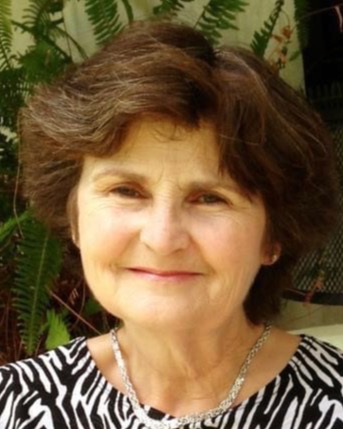 Paula was motivated and dedicated in everything she set her mind to.  She believed that knowledge was power and if she was interested in something then she would research it until she was a subject matter expert.  This could be seen in all aspects of her life, professional and personal. She graduated from Guilford College with her bachelor’s in biology, became a laboratory scientist and started working in healthcare where she saved lives every day.  She may not have been a face you saw while in the hospital or at the doctors’ office, but rest assured she was diligently performing her duties serving the lives of her community in the laboratory, looking through a microscope identifying the ailments of the patients in the floors above her on a molecular level. As her life progressed so did her career. To better equip herself as her career flourished, she attended Averitt University and earned a master’s in business administration, in due course she became the Director of the Laboratories of Annie Penn Hospital and Wesley Long Hospital concurrently.  She was best known for seeing the potential in the people she worked with and helping them harness it, giving them the tools and opportunities they needed to achieve their goals.  She did all this whilst being equally dedicated at home as a mother and wife.

In her personal life she had many loves, her husband, her daughter, her dogs, her horses, her garden, and her honeybees. Every day after a hard day’s work she came home and cooked dinner for her family.  This might not seem significant to most, but as mentioned prior she was a subject matter expert in everything she did.  And cooking to her was just another chemistry experiment and it was a delicious experiment!  Most every meal she produced included a vegetable or herb she had grown in her garden.  If it was winter those vegetables were still included because she also practiced making jams, jellies, and canning.  If she had a meal at a restaurant that she particularly enjoyed, you didn’t have to give her long before she was deconstructing it in her mind and reconstructing it in her own kitchen. She viewed the world through the lens of a scientist and a biologist.

The list of hobbies she had over her lifetime were endless, she loved to travel, kayak, and ride bicycles.  In her younger years she was either training dogs and winning ribbons or she was on horseback riding trails in the mountains with her family and friends.  Paula made her home so inviting that if you ever visited you might remember having a hard time leaving.  And before you knew it you were on her patio enjoying her food and sharing a glass of wine with her and her family.

Paula was a petite woman on a small frame but in her presence, it was clear that she was a force to be reckoned with. She was fierce and held her space with the utmost courage and dignity.  Her time on this earth was influential and she will forever be missed by her friends and family.

She is survived in death by her husband of 43 years Timothy “Tim” Hamlett, her daughter Anna Hamlett and husband Jeremy Johnson, her siblings Mike (Beverly) Price, Tommy Price, Dana (Daniel) Dalton and Jana (Jay) Baker, and her nieces Dawn, Alana, Heather, and Shana.  She is preceded in death by her parents Thomas and Ethel Price.

There will be a memorial service to celebrate her life at 2:00 PM, December 3, 2022, at Wilkerson Funeral Home in Reidsville, NC with Chaplain Patricia Wright officiating.

To order memorial trees or send flowers to the family in memory of Paula Price Hamlett, please visit our flower store.
Send a Sympathy Card