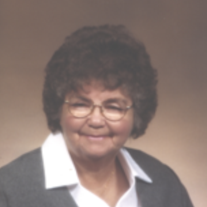 Patsy Bowman Gammon age 80, of Portland passed away Thursday November 28, 2019 in Albany Healthcare. She was born in Surry County, Virginia on July 22, 1939 the daughter of James and Ethel (Plasters) Bowman. She was a homemaker. Surviving are one daughter Marie Wood (husband Chuck) of Portland, one brother Robert Bowman of Reidsville, NC, one sister Ruby Joyce (husband Calvin) of Reidsville, NC one nephew Terry Joyce of Reidsville, NC, Four grandchildren Shana Overby, Deana Crews, Daniel Crews and Brett Stevens. Five great grandchildren including special great grandsons Hunter and Ashton Stevens. She was preceded in death by her husband, Hubert Gammon; daughter Donna Crews and great granddaughter, Haven Overby. Funeral services will be held 2:00 PM Wednesday, December 4, 2019 at Wilkerson Funeral Home in Reidsville, North Carolina. The visitation will be from 1:00 – 2:00 PM prior to the service at the funeral home. The burial will follow at Mt. Carmel United Methodist Church Cemetery. Baird-Freeman Funeral Home is in charge of local arrangements and Wilkerson Funeral Home will help the family in Reidsville. Memorials can be made to the Jay County Humane Society in Portland, 1313 Shadeland, Portland, IN 47371.
To order memorial trees or send flowers to the family in memory of Patsy Bowman Gammon, please visit our flower store.
Send a Sympathy Card