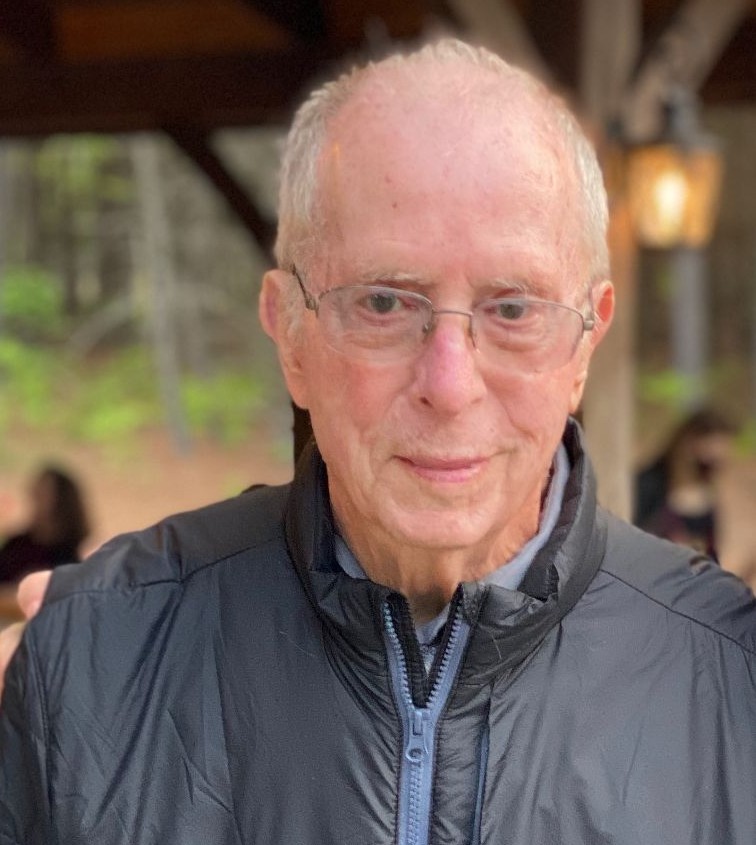 Lawrence Delmore Bailey (Larry) went to join his loving wife, Grandma Love and the other angels on January 3, 2022. He passed peacefully at home with his family surrounding him with love. He is the patriarch of a large family and will be missed by all. He is preceded in death by the love of his life, Lovetta as well as his parents and two brothers, Randy and Joe. Larry was born May 21, 1935, in Union County Ohio. He graduated from Ohio University where he met Lovetta. His first job out of college was at Goodyear Tire and Rubber in Akron, Ohio. He transferred to Danville, VA in 1966 and then continued to work at Goodyear until he retired. He had an incredible work ethic and was loved by many.

Larry or papa was a quiet force that was the stability of a very large family. He was kind beyond words and truly the definition of selfless. He was honest, gentle, caring and never had a bad word to say about anyone. He respected people at a deep level. His large and loving family was the most important thing to him. He is survived by his four children Del(Debby), Stephanie(Bruce), Erica(John) and Raymond(Tanya). He also had a dozen grandchildren: Karen(Jason), Grace(Eric), Suzanne(Rich), Timothy(Claire), Travis, Nicholas(Chelsea), Drew(Rhonda), Monica(Ben), John(Alex), Daniel, Tyler(Macy), and Brandon(Elana). He was blessed with 24 amazing great grandchildren: Ruth, Riannon, Reese, Jackson, Joshua, Judah, Jordan, EJ, Eliora, Edison, Eviana, Elihu, Rebecca, David, Emma, Evelyn, Madison, William, Elise, Gavin, Theo, Ava, Eli, and Asher.

Papa, as he was fondly called, was an incredibly religious man whose faith carried him through many difficult situations. He was fiercely dedicated to his church and never missed an opportunity for a prayer before meals. When he first retired, he spent many months helping with the UMC Nomads. He and Lovetta travelled to wherever people were in need. The mission trips created lasting friendships and memories that was a highlight of his life. He believed in service and made opportunities to serve whenever and however that he could. In his later years when he could not physically serve in building projects, he made flood buckets and actively participated in daily prayer lines.

Travel was a priority for Larry. He loved nothing more than to pull out a map (yes, a real paper map), plan an itinerary, pack up a trailer, and head out on a family trip. Actually, the trailer came much later in life, family camping actually started off in a tent, “ole blue” that was used for years. He even rigged an air-conditioner to the tent one year camping at the “big pool” that froze the campers that slept in it. He prioritized family trips whether to the beach, to Disneyworld, to Ohio, or just about anywhere that they could camp. After he retired, he and Lovetta travelled and camped for fun and with annual Florida trips to serve with the UMC Nomads. The biggest adventure was a cross-country trip to Alaska and back with just Lovetta. There were many memorable trips with his grandchildren including annual summer adventures while they were on summer break from school. He loved to fish and talked fondly about some of the big ones that he caught, and even better stories about the big ones that got away. He had a wicked, dry sense of humor. He might have told more than his share of bad dad jokes, but he could always make you laugh.

He will be missed by his large extended family and his church family and will never be forgotten.

To order memorial trees or send flowers to the family in memory of Lawrence "Larry" Delmore Bailey, please visit our flower store.
Send a Sympathy Card