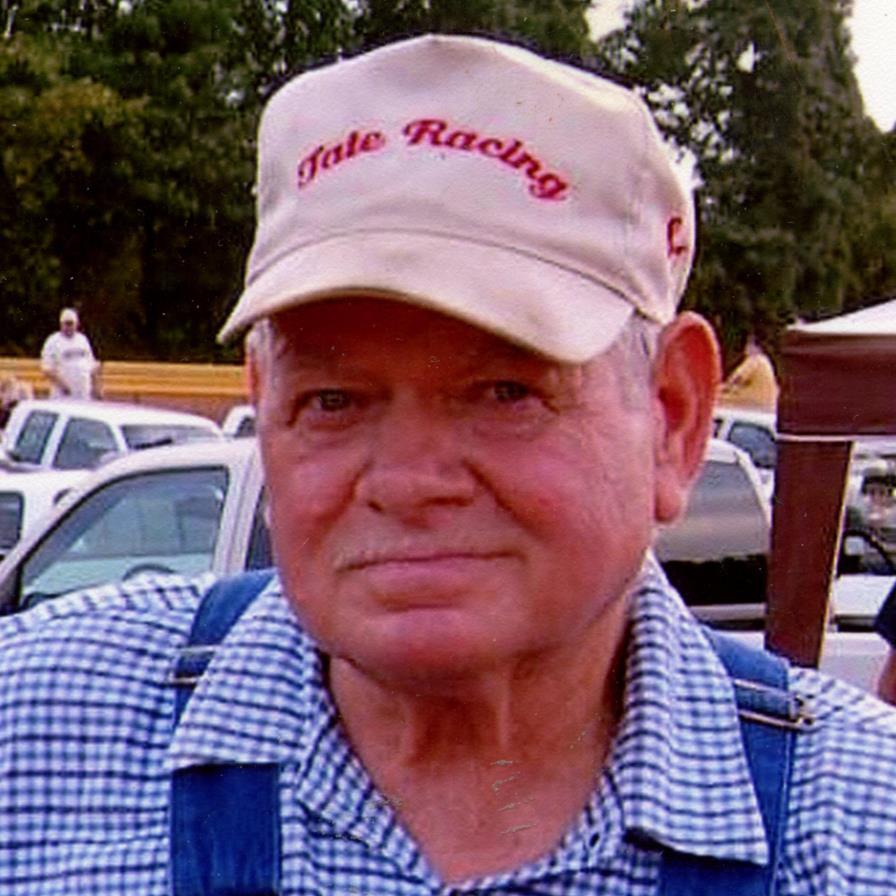 John Dillard Tate “Monk” of Ruffin, went to be with the Lord Friday morning on May 15, 2020. Monk was born on May 29, 1934 in Ruffin and attended Freedom Baptist Church and loved his family and friends. He was a tobacco farmer for 28 years (1956-1984) then owned his own business Tate Trucking Company (1984-2019). He also raced for over 50 years and had a huge love for racing. He won over 50 races in one season and his biggest accomplishment in racing was in 1975, when he won the Dogwood 500 at Martinsville Speedway. Monk has finished his final race. He is survived by his wife, Betty Walker Tate; daughter, Pam Tate Meeks; three sons, Jeff Tate (wife Pam Johnson Tate), Joel Tate (wife Mitzi Julian Tate), Eric Tate (wife Sharon Craig Tate); four grandchildren, Kevin Meeks (wife Brittany Meeks), Brandon Tate, Hunter Tate, and Kenzie Tate; two sisters, Bessie Tate Sparks, and Lorene Tate Lawrence; one brother, George Tate. He was preceded in death by his parents, Harry and Nellie Tate; three brothers, Robert Tate, Dewey Tate, and Cecil Tate; two sisters, Elaine Tate Smith and Debra Tate Boulding. The family will receive friends at the home of Monk and Betty Tate, 2736 Oregon Hill Road in Ruffin. A graveside service will be held at Dan River Primitive Baptist Church, Sunday, May 17,2020 at 2:00 pm. Monk may be viewed at the funeral home from 8:30 until 11:30 AM before the service.
To order memorial trees or send flowers to the family in memory of John Dillard "Monk" Tate, please visit our flower store.
Send a Sympathy Card