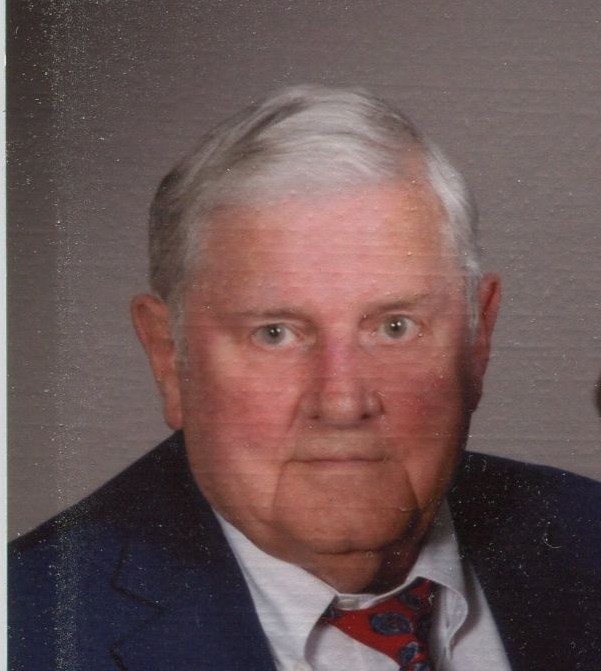 Jimmie Dale McQueen, 89, went home to be with the Lord on Friday, February 4, 2022, at Annie Penn Hospital.

Funeral services will be held at Wilkerson Funeral Home on Thursday, February 10, 2022, at 2:00PM with Pastor Mark Tanner officiating. The family will receive friends one hour prior to the service, starting at 1:00PM. Entombment will follow at 11:00AM on Friday, February 11, 2022 PM at Guilford Memorial Park Mausoleum.

Jim was born on November 26, 1932, to the late Ira Lee and Jessie Maness McQueen in Guilford County. He grew up singing in the choir at Eller Memorial Baptist Church and played baseball at Revolution Mills with his childhood friends. He graduated from Greensboro Senior High School, which later became Grimsley High School before attending Wake Forest University where he studied finance. Jim served in the United States Army and was stationed in Tokyo Japan; when he returned, he began his career as a Banker. Then he met the love of his life, Vivian Sossaman, at the “Sweet Shop Bakery” they were later married on Valentine’s Day in 1960.  Jim had many hobbies, such as, church softball, golf, Wake Forest sports, life-long member of the NRA and a Deacon at Eller Memorial Baptist Church. In his later years, he and Vivian attended Grace Fellowship Church in Reidsville where they had a wonderful church family. Jim will be remembered for his sense of humor, love of family, calming spirit and zest for life.

In addition to his parents, he was preceded in death by his wife, Vivian S. McQueen, brother, Kirby McQueen and sister, Lynda Carroll.

In lieu of flowers, memorial contributions may be made to McDonald Farm and Rescue, 300 Mark Rd, Reidsville, NC 27320.

To order memorial trees or send flowers to the family in memory of Jimmie Dale McQueen, please visit our flower store.
Send a Sympathy Card