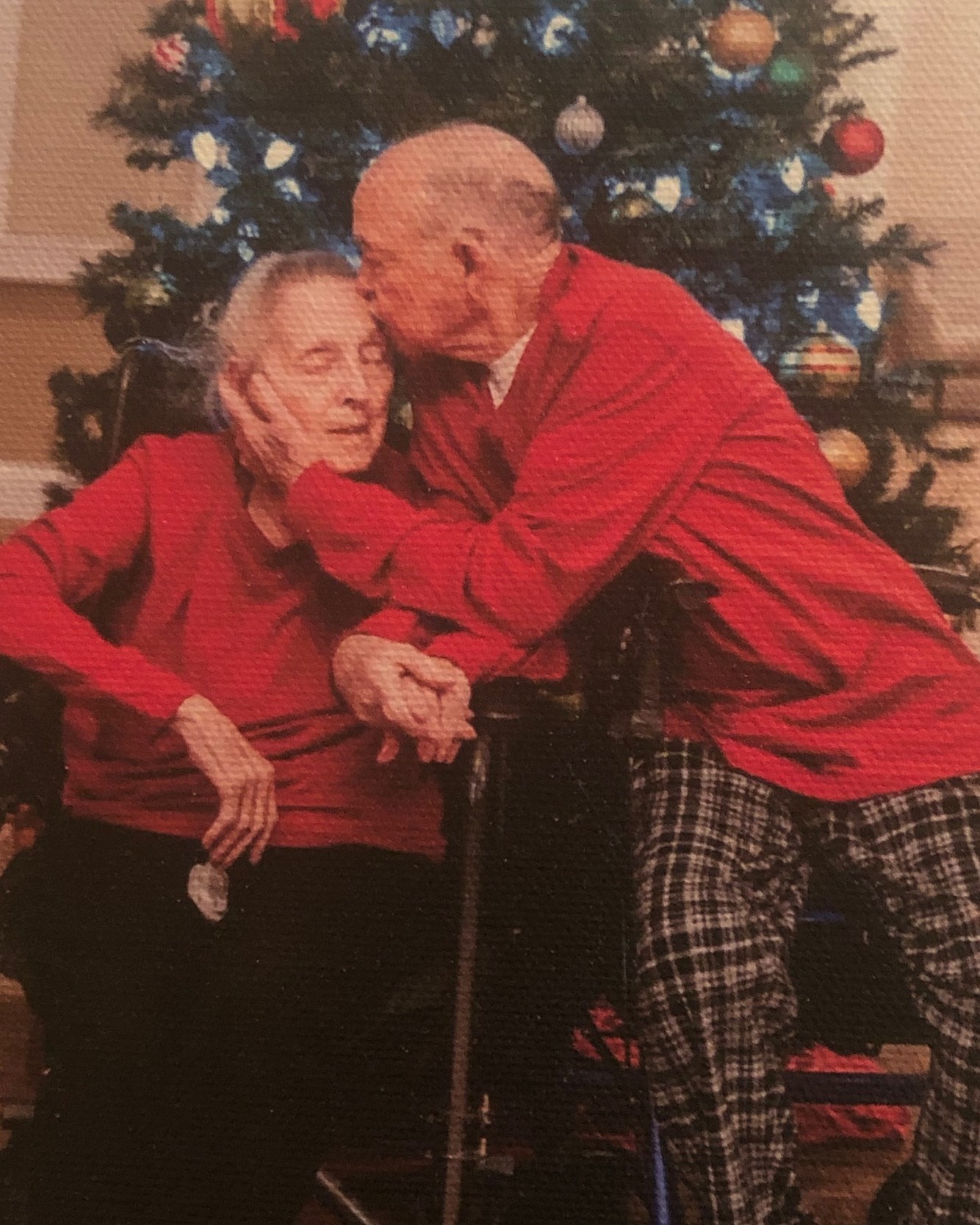 Our beloved parents, James Woodrow Stack Jr. and Phyllis Ann Dudley Stack, passed away after almost 63 years of marriage, in Rockingham County, NC. Dad, age 83, passed away on January 21, 2023 and Mom, age 79, reunited with dad two days later on January 23, 2023. Each had had their own health struggles for the last several years.  Dad fought COPD and Diabetes along with heart disease  and cancer, and mom with both Dementia and Parkinson's. Neither ever stopped living.

The story of James and Phyllis began on July 9, 1960, when dad and mom said "I Do" three weeks after meeting.  Dad proposed to mom on their first date.  She said "yes."  Dad was 20 years old, and thus legal, but mom, being only 16, needed her mom's permission; took dad three weeks to convince my grandma to sign. Our granny, dad’s mom, and his sister Jane accompanied mom and dad on their honeymoon.

Dad was born on January 7, 1940, in Guilford County,  North Carolina, to James Woodrow Stack Sr. and Jesse Duell Wheeler Stack.  Dad enjoyed many hobbies, from NASCAR to model cars to oil painting. The man was never still. Mom was born on August 28, 1943, in Cabarrus County, North Carolina, according to  her birth certificate, or October 28, 1943 if you listened to my grandma,  to Lonnie Dudley and Bertha Bell Christy Dudley.  Mom loved cooking for her family, watching soap operas and raising her babies, all of them...kids, grands and greats. As a couple, mom and dad were inseparable. They loved to dance, and won many contests back in the day. Dad spent over 30 years with Maness Heating and Air, and later worked for NAPA for another 15 years. Mom retired from Wachovia Bank where she was Head Teller in Customer Service.  Together mom and dad had several small businesses, including Flowers from the Heart, Sunset Café and Arts Frames and Other Things in Eden.  Our parents were known for these and many other things, individually and together, but they were especially known for their family, which was, by far, their greatest joy and accomplishment. Other than their daughters, they also loved helping to raise special nieces, Billie Lynn Shuler, Crystal Ann Norris, Phyllis (Sissy) Drake Andrews and nephew George Randall Drake.  Mom and dad were often the safe haven for others in need of love and comfort.  It is often said that "it takes a village to raise a child," mom and dad raised a village.  All that life would give was met head-on with a grace that was borne of both hope and faith. It was their servant's heart that was truly at the core of who they were.  Mom and dad are survived by their three daughters, Sherrie Darlene Dickerson (Junior), Stormy Gail (Cross) Shumate (Eddie), Kimberly Denise Smith (Phillip), 4 grand-children, Danny Dell Gardner (Cameron), Brandy Lane Snow (Adam), Brett Donovan Smith (April), Timothy James Stack (Ashley),  Ashleigh Marie and Edward "Trey" Shumate III and Daniell Della Burns (Scott) and 15 great granchildren, Nathan Cole and Carter Dell Gardner, Braeden Micha and Annadel Rose Snow, Leeland Gage Domina, Jayleigh Brooke and Brandel James Stack, Lily Yvonne Cook, Laural Jane Ossman, Paisleigh Abigail Rose Smith,  Ailena Elizabeth Sanderlin, Aubreigh Marie Frank, Chase Dickerson and Quinn and Elijah Burns. Dad is also survived by his sister, Ruth Peeden.

Dad was pre-deceased by his parents and his sister Jane Sutton. Mom  was predeceased by her parents, her sister, Barbara Johnson and her two brothers, Michael Dudley and Phil Dudley. Mom and dad were both pre-deceased by their granddaughter Jordin Leigh Cross

Visitation will take place from 6:00pm - 8:00pm Thursday, January 26, 2023, at Wilkerson Funeral Home, 1909 Richardson Dr. Reidsville, North Carolina. Homegoing Services will take place 2:00 PM on Friday, January 27, 2023, at Thompsonville Baptist Church. At other times at the home of their daughter, Sherrie Dickerson, at 178 Maple Lane in Eden. In lieu of flowers, donations may be made to Hospice of Rockingham County, or for the cure of Colon Cancer, Dementia and Parkinson's.