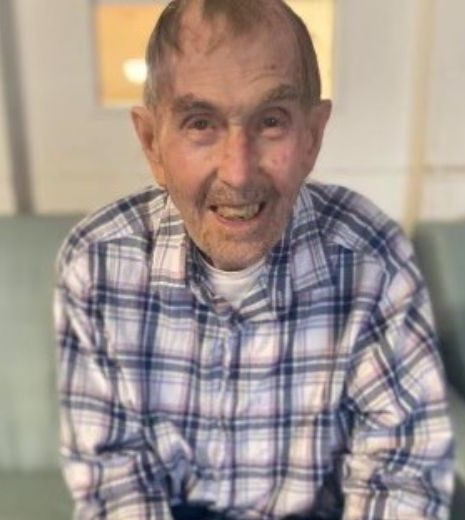 A funeral service will be held at 2PM on Thursday December 2nd, 2021, at Fairview United Methodist Church in Elon with Rev. Dr. S. Mark Clark officiating. The family will receive friends Wednesday, December 1st, 2021, from 5-7PM at Wilkerson Funeral Home and other times at the home of his daughter Angela Herbin. Burial will follow at Bethany United Methodist Church.

Rayford was born the 6th of 7 children in Rockingham County to the late Ada Flippen and Josephus “Ceph” Taylor. His siblings called him “The Entertainer” because he would put on a show while they were working, thereby keeping himself from working. He was almost always a joy to be around and brought much laughter to all those around him. Rayford always loved to tease his family and friends. He loved his family dearly and was always apt to say he was a lover and not a fighter. He was quite the storyteller and when questioned about the validity of his stories, he would answer I’d tell you three different ways before I would lie about it. Though a bit of a mischief maker, he was still always one to lend a hand to anyone in need and be a shoulder to lean on for anyone going through difficult times. Rayford was a gentleman all his life, even trying to open doors for the ladies after he, himself was confined to a walker. His family and friends will miss him dearly.

Along with his parents, he is preceded in death by his wife of over 20 years, Desemonia Simpson Taylor; brothers, Austin, Richard and JC Taylor and his sisters, Gladys Vernon, and Bernice Roberts.

Rayford is survived by his loving daughter, Angela Herbin (Mike) of Gibsonville, NC; granddaughter Amanda Hedden (Alex) of Gibsonville, NC; grandson, James Herbin (Kaitlyn) of Elon, NC; sister, Betty McGee of Reidsville, NC and sister-in-law, Ernestine Taylor of Reidsville, NC along with a large and loving group of extended family and friends.
The family would like to extend special gratitude to the staff of Caswell House and Community Home Care and Hospice for their loving care.

In lieu of flowers, memorial contributions may be made to Community Home Care and Hospice at 2730 Tucker St. #600, Burlington, NC 27215.

To order memorial trees or send flowers to the family in memory of James Rayford Taylor, please visit our flower store.
Send a Sympathy Card