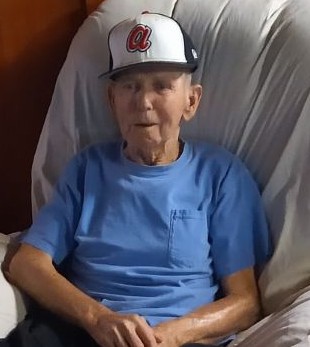 A funeral service will be held at 2PM on Monday, July 18,2022 at Wilkerson Funeral Home with Pastor Kenneth Hammock officiating. The family will receive friends one hour prior to the service at the funeral home. Burial will follow at 10 AM on Tuesday, July 19th,2022 at Lakeview cemetery in Greensboro.

Herman was born in Rockingham County to the late Charlie Wilson and Versie Poindexter. He loved the outdoors, hunting, fishing, and gardening. He was a loving and consistent father. He never met a stranger and even into his 90’s, his memory and mind were still sharp. Most of all he loved his family. He will be missed by all who knew him.

Along with his parents, Herman is preceded in death by his wife of many years, Ella Marie Wilson and children, Herman Wilson Jr. and Linda Bennett.

To order memorial trees or send flowers to the family in memory of Herman Johnson Wilson , please visit our flower store.
Send a Sympathy Card