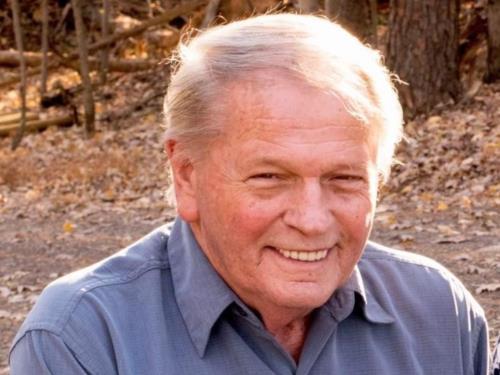 Harold "Wayne" Isley, Sr., 76, of Reidsville, passed away peacefully at his home surrounded by his family Sunday, September 27, 2020. A graveside service will be held at Maple Lawn Cemetery at 1:00 PM Thursday, October 1st, 2020 with Richard Ashe officiating. Wayne was born in Rockingham County to the late George Homer Isley Sr. and Grace Moore Isley. He worked from an early age on the family farm then moved to a Pepsi delivery route followed by working at Sears and Freeway Builder’s Supply, eventually starting his own businesses including: W&S Enterprises, Reidsville Factory Sales and Wayne Investments. He took pride in creating and providing homes for families. He was a loving Husband, Dad, Papa and friend. He loved them most of all. He will be greatly missed. Along with his parents, he is preceded in death by his loving wife of 43 years, Shirley Coe Isley; brothers, Sammy, Carlton “Bud”, J.R. and Donnie Isley. Wayne is survived by his children, Harold Isley (Alice), Scott Terrell (Kim), Eric Terrell (Shannon), Tim Isley, Lance Terrell (Paula), Donna Myrick (Todd), Wendy Lee (Eddie) and Heather Ashe (Richard); siblings, Homer Isley, Anne Thacker and Nita Curry; 16 grandchildren; 9 great grandchildren with one on the way; as well as a special nephew and friend, Glenn Isley. He also leaves behind a large and loving extended family.
To order memorial trees or send flowers to the family in memory of Harold "Wayne" Isley, please visit our flower store.
Send a Sympathy Card