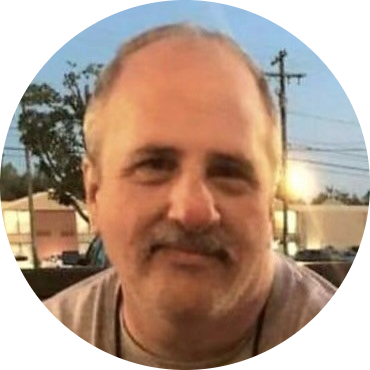 Gregory Reid Gibson, 59, went home to be with the Lord on Monday, November 21, 2022, at Gibson House in Reidsville.

“Greg” was born on December 2, 1962, to the late Edwin and Jean Gibson of Reidsville. He loved antiques, antique shopping, and spending time with his family. He met the love of his life in 1998 and he then became a part of a large loving family and was then called “dad” and “papa”. He worked at Unifi for many years and later went to work at Bridgestone Tire in Madison where he had many friends and acquaintances. He will be remembered for his sweet spirit and the lives he touched.

In lieu of flowers, memorial contributions may be made to Rockingham County Hospice, PO Box 281, Wentworth NC 27375.

To order memorial trees or send flowers to the family in memory of Gregory Reid Gibson, please visit our flower store.
Send a Sympathy Card