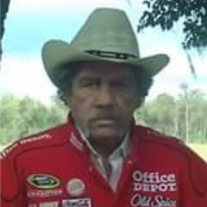 Glenn “Danny” Daniel Perkins, Jr. ,65, of Jackson, TN, formerly of Reidsville, NC passed away on Monday, September 9, 2019. A graveside service will be held at 2:00 PM, Thursday, September 12, 2019 at Dan View Cemetery in Eden with Rev. Ronnie Warner officiating. Danny was born in Rockingham County to the late Gleen Perkins and Lorene Funderburk Perkins. He was a veteran of the US Army and was a licensed welder, electrian and accomplished musician. In addition to his parents, he was preceded in death by his sister, Judy Stone. He is survived by his wife, Brenda Crowe of TN; nieces, Amy Stone, Darena Brown and husband Scott, and their children, Dylan and Deven; brother-in-law, Joel Stone all of Reidsville, NC; special aunt, Estelle Sartin of Burlington; and many loving cousins. Memorial contributions may be made to Freedom Baptist Church, 471 Stone Road, Reidsville, NC 27320.
To order memorial trees or send flowers to the family in memory of Glenn Daniel "Danny" Perkins, please visit our flower store.
Send a Sympathy Card