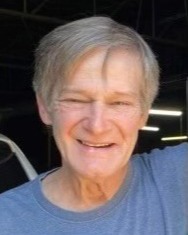 A memorial service will be held at 2:00 PM Saturday, November 12, 2022 at Wilkerson Funeral Home with Rev. Melvin Chilton officiating.  The family will receive friends following the service.

Dwain was born in Rockingham County to the late Otis Lane Parks and Doris Jean Vaughn Parks.  He graduated from Reidsville Senior High School, Class of 1975  and then furthered his studies at Rockingham Community College.  He worked for Parks Motor Sales, for his Uncle Hubert Parks, and several other NC auto  dealerships for many years .  He had a great love for Corvettes, vintage go-karts, and classic Rock music.  Dwain was most proud of his 16-year sobriety chip from Alcoholics Anonymous.  He enjoyed life fully and loved all of his family and friends, especially his dog, Lily. In addition to his parents, he was preceded in death by his uncle, George W. Vaughn, Jr.

In lieu of flowers, memorial contributions may be made to the Rockingham County Animal Shelter, 250 Cherokee Camp Road, Reidsville, NC 27320 or a charity of donor’s choice in memory of Dwain Parks.

To order memorial trees or send flowers to the family in memory of Gerald Dwain Parks, please visit our flower store.
Send a Sympathy Card