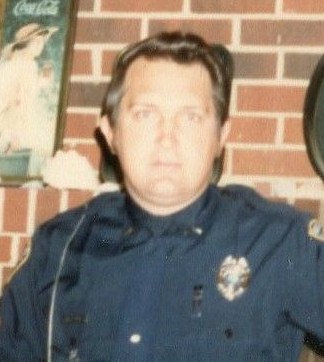 Garland Leo Halbrook, 76, went home to be with the Lord on January 15, 2022, at Annie Penn Hospital surrounded by his family.

A memorial service will be held at 11:00AM on Tuesday, January 25, 2022, at Wilkerson Funeral Home with Pastor Ralph Clayton officiating. There will not be a formal visitation, the family requests that everyone in attendance wear a mask.

Garland was born on May 26, 1945, to the late Coy and Mabel Halbrook in Rockingham County. In December of 1966 he began his career as a police officer in Reidsville where he worked until he retired as a Lieutenant in January 1994. He then moved to Caswell County and enjoyed his retirement on a farm in providence where he raised cattle. Garland was an avid gardener and enjoyed going out with his friends looking for rare items at flea markets. Garland will be remembered for his fun-loving sense of humor and his love for his grandchildren.


In addition to his parents, he was preceded in death by his infant daughter, Sonya Halbrook and sisters, Geraldine Marks and Bernice Gibbs.

In lieu of flowers, memorial donations may be made to the Rockingham Salvation Army, PO Box is 686, Reidsville, NC 27320.

To order memorial trees or send flowers to the family in memory of Garland Leo Halbrook, please visit our flower store.
Send a Sympathy Card