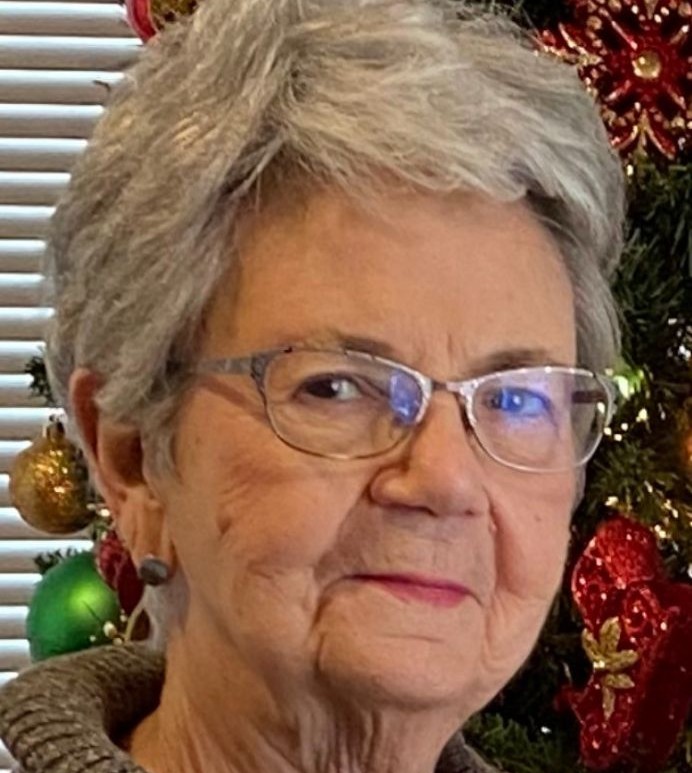 Elizabeth Barnes Jones "Betty" went home to be with the Lord on April 21, 2022 at Annie Penn Hospital in Reidsville, NC surrounded by her loving family.

A visitation will be held on Saturday, April 23 from 6 PM until 8 PM at Wilkerson Funeral Home. A funeral service will be held on Sunday, April 24 at 2pm at Fairgrove United Methodist Church at 751 Cunningham Mill Road, Reidsville, NC 27320 with burial to follow at the church cemetery.

Betty was the wife of Bobby L. Jones who shared 48 blessed years of marriage together. Born in Vaughan, North Carolina, she was the daughter of Daniel and Mary Barnes. She was a member of Fairgrove United Methodist Church for 60 plus years and held many offices during that time. She retired from First Citizens Bank Trust Department in Greensboro, NC.

She was a member and held many offices in several organizations including, Monroeton Garden Club, VFW Auxiliary 8297, Rockingham County Veterans Park Committee, United Methodist Women, and was secretary of District 10 Auxiliary. She was a leader of the Food Pantry at Fairgrove United Methodist Church which she considered “her church during the Pandemic.”

Betty enjoyed spending time in the prayer garden, her flowers and herb garden as well as baking and cooking things such as “Betty Bread.” She enjoyed every moment spent with her granddaughter Maribeth VanHook.

Betty cherished the love of her neighbors and church family. She also adored her animals, Beau III and Annabelle.

In lieu of flowers, memorial contributions can be made to Fairgrove United Methodist Church at P.O. Box 228, Browns Summit, NC 27214.

To order memorial trees or send flowers to the family in memory of Elizabeth Barnes Jones "Betty", please visit our flower store.
Send a Sympathy Card