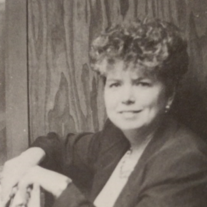 On August 7, Diane Robertson Springs left behind her legacy on this earth. Diane lived her entire life in the Wentworth community where she will be greatly missed. She was born January 26, 1950, to Herbert and Pauline Robertson. Four years later, her brother Donnie was born. The family attended Mount Herman Baptist Church and were very active in their church and community. As a student, Diane played basketball, sang in the glee club, served as an officer in clubs, drove a school bus, and was on homecoming court for two years. After high school, Diane received her Cosmetology Degree at Rockingham Community College and then worked at Jefferson Standard before finding the ideal job where she stayed for over thirty years as a teacher’s assistant and secretary. Hers was the smiling face and vibrant personality that greeted everyone who entered the building, and this job was perfect for her. She retired from Rockingham County High School in 2013 in order to enjoy her new role as Nana. Diane became a member of Reidsville Christian Church and was a participant of the Ladies’ Fidelis class. She leaves behind her parents Pauline and Herbert Robertson; husband, Elvin Springs; son Chris Ratliff; daughter Carrie Tuck and husband Grandy; the lights of her life Ava and Willow Tuck and John Ratliff; brother and sister-in-law Donnie and Beth Robertson; nieces Kamron Robertson; Leigh Robertson and husband Nick Lauretta and their sons Zinn and Asa; stepchildren Alex and Suzanne Springs and their children Tony, Zane, David, and Autumn; and several extended family members. A celebration of life will take place at 3:00 PM on Friday, August 9 at Reidsville Christian Church. The family will greet friends after the service. Condolences may be sent to the family at www.wilkersonfuneral.com.
To order memorial trees or send flowers to the family in memory of Diane Robertson Springs, please visit our flower store.
Send a Sympathy Card