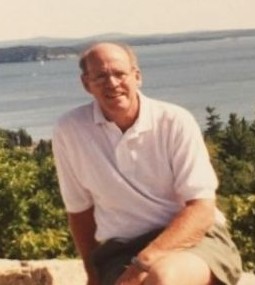 A graveside service will be held on Thursday, June 16, 2022, at Roselawn Memorial Gardens at 11:00AM with Dr. Duane King officiating. The family will receive friends on Wednesday, June 15, 2022, at Wilkerson Funeral Home from 6:00-8:00PM and other times at the home of his sister, Jean Harvey.

Curtis was born on February 12, 1943, in Rockingham County to the late James Oscar Mosley and Olean Kendrick Mosley. He was a lifelong resident of Rockingham County and graduated from Wentworth High School. He worked for Madison Throwing Co., Macfield, and later retired from Miller Brewing Co.

He enjoyed golf whether on the greens or on the screen. He was happy working in his yard and keeping it beautiful. He enjoyed cooking, eating good food, gatherings with his family and making his special pound cake.

Curtis was a gentle man with a positive attitude and a big smile. He loved his children, grandchildren and great-grandchildren. He will be greatly missed by all who loved him and all whom he loved.

In addition to his parents, he was also preceded in death by the mother of his children, Lettie Mosley.

To order memorial trees or send flowers to the family in memory of Curtis Oscar Mosley, please visit our flower store.
Send a Sympathy Card