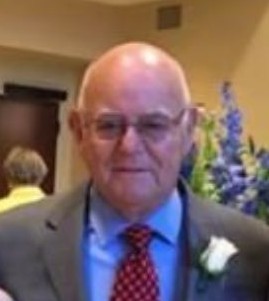 Funeral services will be held at 2:00PM on Thursday, March 3, 2022, at Wilkerson Funeral Home with burial to follow at Evergreen Memory Gardens, Chris Stadler and Rev. Wayne Byrd will be officiating the services. The family will receive friends Wednesday evening at the funeral home, from 6:00-8:00PM and other times at the home of his daughter, Tabatha Ross.

Carl was born on August 1, 1938, to the late Herman and Nannie Sue Crowder in Rockingham County where he was a life-long resident. He graduated from Ruffin High School where he was the first male cheerleader and then enlisted in the United States Navy. He then met his bride, Paula, and together they raised four children. He was a devoted member of the Evangelical Methodist Church where he was active with the youth ministry. He also retired from Golden Belt Manufacturing after 33 years of service. In his retirement years he and his wife along with friends, Judy and Irvin Chapmon, traveled the country in their motor homes. They wintered for 16 years in Florida where they played shuffleboard, bingo, cards and enjoyed the sunshine. Carl never met a stranger and always had a smile, but he will be remembered as a devoted husband, father, Poppy, and friend.

In addition to his parents, he was preceded in death by his brother, Richard “Tink” Crowder and his wife, Janet, and his brother-in-law, Charles Hall.

The family would like to express their gratitude to Hospice and the staff at the Annie Penn Nursing Center for their exceptional care.

To order memorial trees or send flowers to the family in memory of Carl E. Crowder, Sr., please visit our flower store.
Send a Sympathy Card