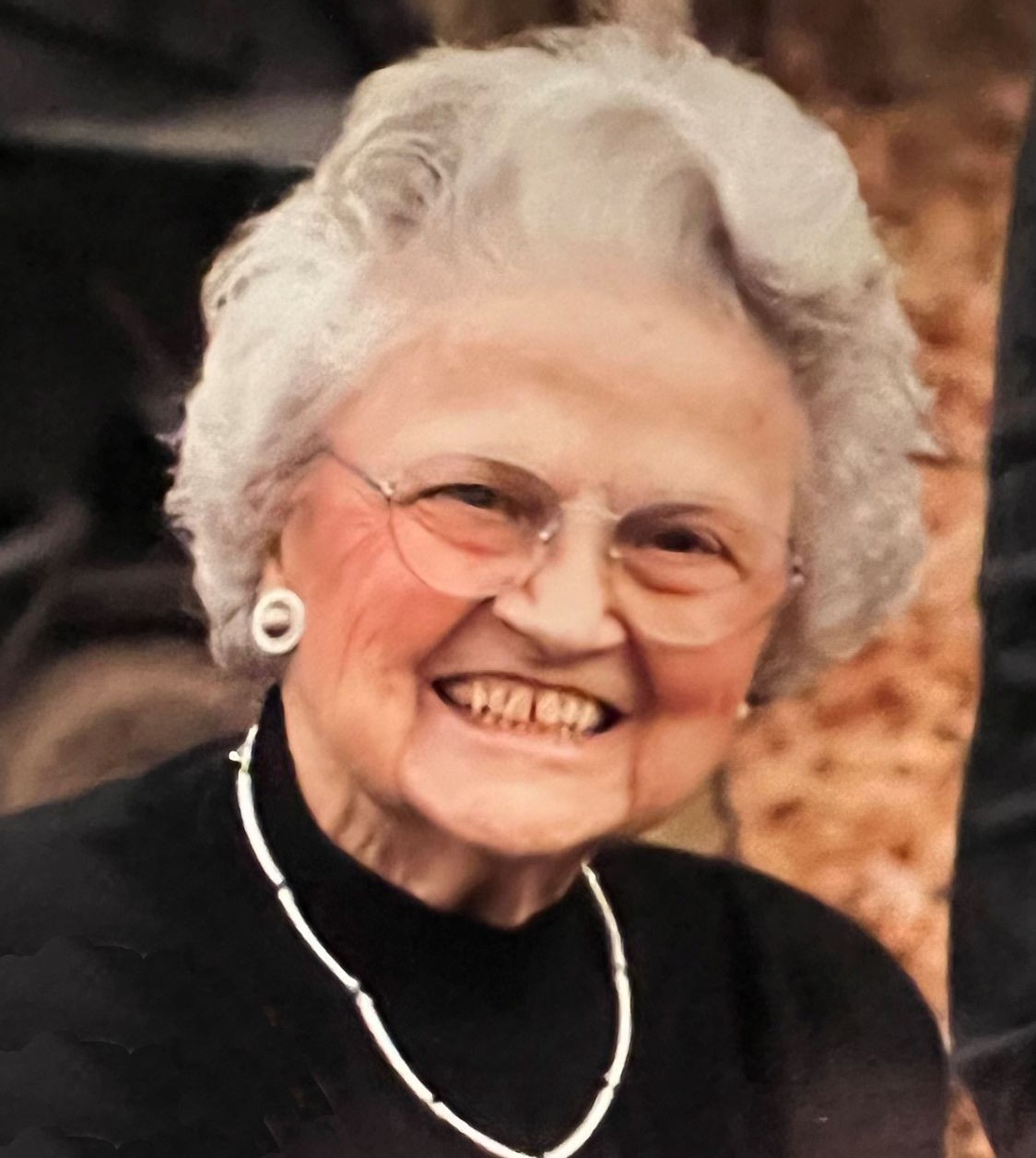 Funeral services will be conducted at 11:00 AM, Friday, April 1, 2022, at Wilkerson Funeral Home Chapel in Reidsville, NC with Rev. Ralph Clayton, and Rev. Wes Pitts officiating. The family will receive friends at Wilkerson Funeral Home on April 1, 2022, from 10:00 to 10:45 AM and other times at the home of Carol Jones at 1039 Frances Drive, Reidsville, NC.  The interment will follow at Evergreen Memory Gardens.

Betty was born on July 21, 1924, in Gold Township, Illinois, to the late Kenneth and Mary Streicher. She met the love of her life, Robert (Bob) Verle Jones, on a blind date and was married on August 15, 1943. In 1950, they moved to North Carolina. She retired from Reidsville City Schools in 1988 where she served as a cafeteria worker at North End School in Reidsville. She was later hired as the Secretary of North End school which became Moss Street Elementary. Being the secretary led her to know many families across the school district. Mrs. Jones became the face of Moss Street School and one that many recall to this day.

The most treasured moments of her life were becoming a grandmother and a great-grandmother. She soon was renamed from Mrs. Jones to Bet-Bet, and for all that knew her, this was the best part of her life. She was more than just a grandmother to Melanie and Derek. She was involved in every aspect of their growing up, becoming young adults and learning to be parents themselves. She was always there to listen, give advice, be a shoulder to cry on, support however she could and most of all, remind us to pray and trust God in every situation.

Her favorite past times were spending time with her great grandsons. She enjoyed preparing afternoon snacks and being the first in line for pickup after school. She would pop bags of popcorn and have a thermos of lemonade tea waiting at the top of the hill after every ballgame. She enjoyed cooking molasses cookies, pimento cheese, chicken salad, and loading her favorite pots and pans to take on family beach trips. While everyone enjoyed the ocean and pools, she spent her time preparing sandwiches or dinners for when everyone came inside. The boys always looked forward to the ice cream dishes, her special pancakes, pudding cups and definitely her frequent Sunday pot roast lunches.

In addition to her parents, she was preceded in death by her husband of 69 years, Robert (Bob) Jones, also known as Dot-Dot and her son, Gregory L. Jones both of Reidsville, NC; sister, Norma Hamrick of and her nephew, Kendall Hamrick both of Princeton, Illinois.

In lieu of flowers, memorial contributions can be made to First Presbyterian Church, Reidsville, NC.

To order memorial trees or send flowers to the family in memory of Betty Streicher Jones, please visit our flower store.
Send a Sympathy Card