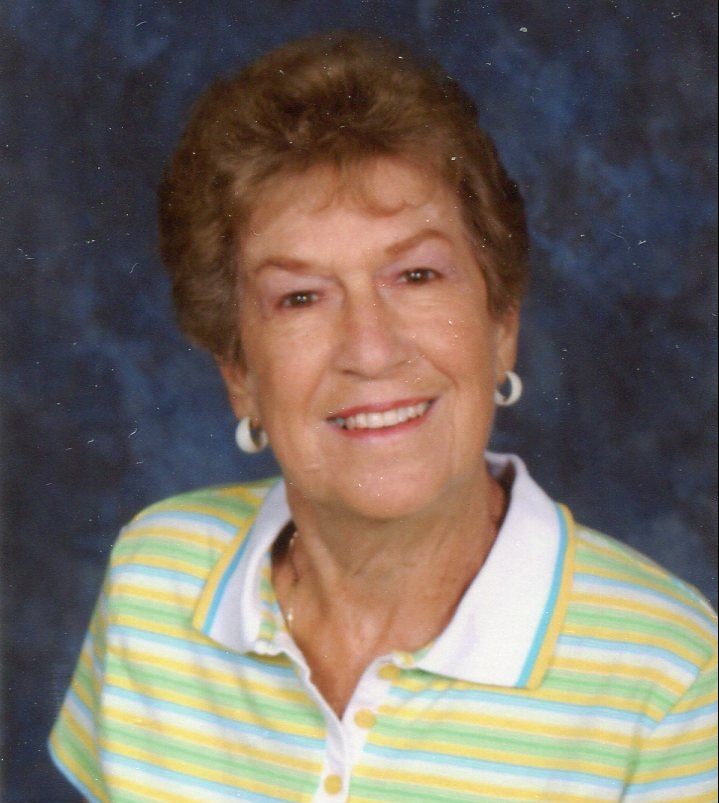 Betty Jean Rector Blackwell, 88, of Reidsville went home to be with the Lord on September 6, 2022.

A funeral Service will be held at Faith and Family Ministry at 8845 NC HWY 87, Reidsville, NC 27320 on Friday, September 9, 2022, at 2PM with Pastor Bill Rector officiating. The family will receive friends one hour prior to the service at the church. The burial will follow at Reidlawn Cemetery.

Betty was born in Burke County to the late Lester A. Rector and Georgie L. Banks.  While Betty was a recent member of the Faith and Family Ministries congregation, she was a long time member of Ruffin Stacey Baptist Church, where she taught Sunday School, was president of Womens Missionary Union and a leader of Acteens. She also served as secretary of the Boy Scouts and was president of the Sadler School PTA.  She retired from the clerk of superior courts after 20 years of service. Most people knew her as being the #1 Tarheel Fan in Reidsville. She loved playing cards with family and water aerobics at the YMCA. Most of all she loved being with her family especially her grandchildren and great grandchildren. She always accepted life as a journey and not a destination, whereby, she hoped to move to her next phase with dignity, strength, compassion and grace, which she tried to have as a bedrock of her character.

Along with her parents, she is preceded in death by the father of her children, Charles Dameron Blackwell; brothers, Lester “Bob” Rector, Ray Rector, Benny Rector and her sister, Frankie Rector.

In lieu of flowers, memorial contributions may be made in her honor to Saint Jude’s Children’s Hospital at 501 St. Jude Place, Memphis TN 38105

To order memorial trees or send flowers to the family in memory of Betty Rector Blackwell, please visit our flower store.